Bella Coola Helisports offers heliskiing and heliboarding out of Bella Coola, BC ( 1 hour flight North of Vancouver) from three different lodges. We talked to owner Beat Steiner recently about the flagship operation at Tweedsmuir Lodge.

1. Beat, Bella Coola heli-skiing and heli-boarding is known for your terrain. Tell us about the Tweedsmuir Lodge area.

The Bella Coola area’s particular attraction is the unrivaled alpine terrain we can access. The runs are long, varied and always interesting. Combine this with a solid snowpack and it’s skier’s dream come true.

In my previous life as a ski and snowboard cinematographer, I was fortunate to ski all over the world, including with heli operations on 5 continents and at many of my competitor’s lodges here in BC. It has to be said that there is nothing else like British Columbia for the skiing and snowboarding enthusiast. The particular configuration of the mountain ranges, the weather patterns, the topography, the trees and the vast spaces, makes it the best and most reliable place to ski powder in the world.

For me, Bella Coola has all of what makes BC great in the best possible combinations. 2. You have integrated travel into your trips better than any other operator. Explain how a typical trip works, please.

For sure this seems to be a more and more important consideration in our busy world. The way it works for us is as follows: our clients catch a one hour 10 minute flight to Bella Coola [in the morning]. On their arrival at 11:30, we meet them as they disembark and drive them 300 yards to the heli port. We serve lunch, they get changed into ski clothing, do some safety exercises and then go skiing. It’s as fast and simple as that. They then ski and fly their way to the lodge, where at the end of the day, the heli drops them on the lawn outside their private chalet. It’s a very cool set up. We have clients from California, Seattle and Toronto that wake up in their own The return journey is equally efficient. We ski and fly from the lodge and land the clients at the airport on the tarmac outside the terminal. It’s a rock star finish to the week.

3. The snow at Whistler Blackcomb has given the Coast Range a bad rap. How is your snow at Bella Coola Heli Sports?

I love the snow in Whistler. I’ve lived here for 30 years and I would argue it’s one of the most reliable places in the world to find good powder skiing and snowboarding. Yes, sometimes it can be wet, but all destinations have their issues. To me the most important thing is that it’s generally stable and we can ski super cool lines. There is a reason why so many film crews shoot their best stuff in the Coast Range from Whistler stretching north to Alaska.

As with regards to the snow in Bella Coola, I would say it’s ideal. It’s certainly lighter than here in Whistler. After all, we are further North and operate at a higher elevation. The biggest thing however, is that we operate primarily on the east side of the range, the dry side, whereas Whistler is on the Western slope. It’s the same pattern as in California where the east side of the Sierra’s drops down into the desert (there are even places in BC with rattle snakes). In any case, we have what I think is a perfect snowpack. It’s reliable, stable, and light, but with enough resistance and density that you float on top rather than ski the rocks and ice underneath. Check out the picture. 4. With a huge tenure stretching West to East, is it true you can find good snow just about any day?

Yes, 2.65 million acres! Having a big tenure does guarantee that we can pretty well find good snow every day. However, the magic of Bella Coola is not that the tenure is so big, but more the micro climatic conditions of the zone we are in. The storms roll in off the Pacific and as they move east dumping their load of snow, it gets progressively drier. Being in the transition zone means that if it’s storming we stay more in the eastern parts of our area, but if it clear and it hasn’t snowed in a while, we can head west into the big snow zone. [Nice!]

5. Some think a huge tenure is irrelevant, because operators stay close to the lodge to save on fuel. Does size matter?

It’s true that we have more terrain then we can ski in a lifetime. In total it’s 10,700 square kilometers (4,300 sq/miles). This is equal in size to the entire Swiss Alps, except there are no ski lifts, no roads, and no people. And yes, costs and logistics demand that for the most part the heli has to stay reasonably close to refueling options. However, one of the things I have always enjoyed most about skiing is exploring. Going to new places, seeing what’s over in the next valley, skiing stuff nobody has ever skied before. Lots of the guides working for our company are old ski buddies from the ski bum days, who have this same philosophy. Anyway, I like the idea that we as a company will still be exploring our area well into the future. It makes it interesting and exciting. 6. Tell us about the Tweedsmuir lodge, please, Beat.

The Bella Coola Valley is a magical little slice of what is a magical part of the world. The reaction we get from lots of people is that they feel like they have somehow landed in Shangri-La. The vertical relief out of the valley is huge. Combine this with big rock walls and tumbling glaciers, and it creates what are some of the most stunning views in the province.
The Tweedsmuir Park Lodge sits at the base of Mt. Stupendous (the name says it all) and is on the banks of the Atanarko River. We are inside a provincial park so it’s a very pristine and wild environment.

Accommodation at the lodge is in private double occupancy chalets with the main lodge for dining and socializing. It’s a great set up offering lots of privacy, yet intimate enough that by the end of the week everybody skiing that week has gotten to know each other. Alps? No, Mt Waddington – highest peak in BC

7. What is the average vertical in a day of heliskiing / heliboarding at Bella Coola Tweedsmuir Lodge?

Yes that is correct. For the most part we do 4 people per load for the sake of comfort and increased operational flexibility (we can carry more gas and fly further into our tenure). However, with the A-star B2 it is possible to add a 5th client and if we have a group of 5 that want to ski together then we try to accommodate that. Love to Keep a Taxi Waiting…

The Tweedsmuir Park Lodge can host 16-18 people per week. On a normal week this breaks down to be four heli loads, which we would service with two machines. So each machine is flying just two loads. [Wow]

As you know the standard for most heli ops is three loads. On occasion we also do three loads in one machine, but that would be the maximum.

10. How does your skiing change from January to April?

In January we ski more trees and can sometimes ski from a 7,000 foot summit right down to 1,500 feet above sea level. My personal favorite time however is probably late March and April. The days are longer, the snowpack is settled, and the weather generally more stable. This is when we do most of our exploring and ski some great circuits in the really big alpine. Even late April is not too late to get superb powder snow. Our area is very heavily glaciated and all that ice acts like a giant freezer keeping the snow cold. We have even had clients come up and ski in June, July and even as late as September. The idea was to go ski corn snow, but more often than not they also get to ski some powder. 11. How often do people mispronounce your name, Beat?

I have to say I don’t even notice anymore. I grew up with it and it’s always been difficult for English speakers. If people ask, I tell them my dad was a drummer. The fact is that it’s actually a fairly common name in Switzerland (my dad is Swiss). It’s the male version of Beatrice and is pronounced similarly. I like it. It’s the same root as the beatitudes and beatific and comes from the latin adjective beatus which means happy, fortunate or blissful. My life has been all that so no complaints from me. [What a great answer, BE-ot]

At the moment I would say about 70% of our clients are from Europe. A few years ago the split was closer to 50/50 between North Americans and Euros. That changed with Lehman Brothers going under.[Ouch]

Also, back in those days our currency was the Canadian peso whereas the currencies are more or less at par now. I’d like to get our numbers back to a 50/50 split. I am counting on this interview to help! [Occupy Bella Coola!!] 13. What is your most popular package?

The most popular program is the standard one week vertical package. This is 100,000 vertical feet of skiing over the course of a 7 night stay. With 7 nights in Bella Coola, there is an opportunity to ski 6 full days and two half days. The semi-private program is also popular and is ideal for a group of 8 people who know each other and want more input in deciding when and where to go skiing. 14. What % of your guests return the following year?

I would say that about 75% of our clients each year are returning guests and 25% are first timers.

15. We will talk about your other two lodges (Pantheon and Big Mountain) next time. Is there anything else you would like to add about your Tweedsmuir Lodge operation?

What I really want to try to emphasize to your readers is how much fun heli skiing and snowboarding is. Resort skiing simply doesn’t come close. It’s not only about the endless untracked powder either, but also the fantastic thrill of flying into the mountains in this magical machine, a helicopter, and then having the pilot put you down on some remote peak in the middle of nowhere. Being out in these kinds of environments is an awesome privilege. Being able to ski or snowboard as well is a bonus. I would strongly urge anybody that likes to ski and snowboard to book heli skiing at least once in their lifetime, either in Bella Coola or with one of my competitors. [No way, Beat. You are one of a kind!]

After all, there is a reason so many people list a day of heli skiing as the best day in their life !

Thanks, Beat, always a pleasure! 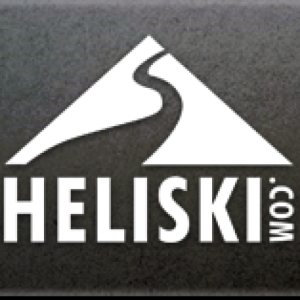 Crescent Spur Heli-Skiing is one of my favorites.  But it always sells out early.   So, here is your chance to lock in dates in

HELISKIS – Helicopter Skis – Heli Skis Review of Heliskiing Operators’ Heliskis Heliskis are important for heliskiing.   But how to choose Heliskis? HELISKI.com asked some