The Bridges is Brutal

I have lots of anecdotal evidence that it’s a tough track.  My instructor said, “It’s five strokes harder than any other course around.”

A guy I played with last week said, “I don’t envy you being a member here…..”   His playing partner quit on 16 after losing a ton of balls, along with his mojo.

I’ve met lots of local golfers who have played the course once…..

I have been told Bridges is a Jonny Miller course, which may tell you something about sadism.   But it’s not on this list of Johnny Miller Designed Golf Courses….

IThe course is described as “with superior conditions, a distinct style and personality”. 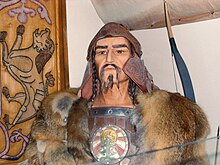 It is also called “One of Northern California’s highest rated courses.”  By that I assume they mean slope.  140 from Blue, 133 White (Mens)

A sign at the start says, “Play Blue if under 8 handicap.”

Here is the Bridges scorecard: